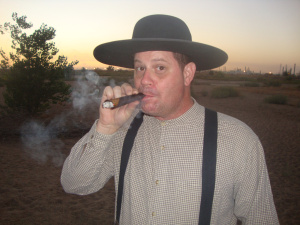 My fellow citizens of the State of Washington In the early Years of my tenure as a police officer in this State, there was a statute ( Law ) that stated an individual could not use trick and device to steal from the public. It was aimed at the conman, used car dealer, shady contractor, or fund raising schemes of all types, that promised more than they delivered. When title 9 was revamped this wording fell away. There was a predictable rise in crimes against the elderly and poor thereafter.

When we had such laws the general public could get the occasional news story about some person, being fleeced and the term “by trick and device” being used. The public consciousness being aware of the term, the public naturally looked down on those that practiced these dark arts.

As politicians became subject to the occasional comparisons to those that would hoodwink the elderly and poor and this wording in the law being compared to the politicians. The politicians said to themselves, we need to change the public’s perception of us.

Under the guise that the laws were out dated and churchlike blue in nature and just not up to the modern times we were living in today. The politicians convinced us that our grandparents understanding of human nature was just wrong.

Thus began a long slow decent into the liberal quagmire we are experiencing today. God bless the liberals they mean well. The trouble is they use “Trick and Device “ to get us to go along with every stupid idea that comes along. Billions are being spent on projects that are touted to end traffic congestion. Busses, Light rail, toll bridges and toll lanes on the “FREE WAYS” and now we come full circle. To pay for this boondoggle, a new old tax on vehicle registration.

Whoopee the libs just shot themselves in the foot. They sent the poor and middle class a message; get on the bus or train and off our freeways. Now you who can barely afford to put gas in your cars get hit with high fees for the privilege of driving on the roads that apparently belong to the upper classes.

Do you think this is not “Larceny by Trick and Device” ask yourself do you really want to get around this way? Do you want to pay the rest of your life for something YOU won’t use?

If you say yes to this get ready for a tax on sugary drinks, plastic shopping bags, carbon emissions and a whole host of left wing TRICKS.

What do you mean? This is already happening? Where? Seattle? Thurston County? Tacoma?

You have got to be kidding me?

One thought on “Blog 87 Larceny by Trick and Device”